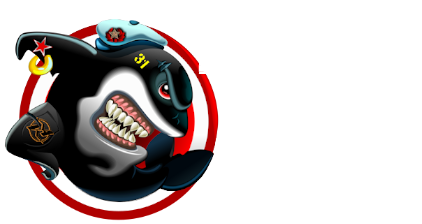 From our recent successful reconnaissance flight by TF SHADOW we’ve now got a positive ID that AAMIR BARKAWI has been located. Please refer to montage board S2 005 for a PERSREP on the Jack of Spades AAMIR BARKAWI.

From the reels of images taken during the mission AB has set himself up in a strong hold STRONGHOLD 40R ES 418 916 EL + 1925 m/ 6315 ft ASL. The location is at height has commanding fields of view 360 degrees any assault is going to be a challenge. He also has an AEW established at 40R ES 438 985 EL + 1968 m/ 6457 ft ASL known as GUARD BARRACKS. ABs intentions are unknown but S2 are poring over the photographs of MBTs and MLRS, HUMINT sources believe that an attack on FOB KILO from DOWLATABAT as that was the outcome of the Arms dealer meeting yesterday with ABs No 2 BHAKTAWAR KHAN. This HVT also has access to Rotary assets at JIROFT AIRBASE airframe status is being worked up.

TF Dagger have set up a secret FARP KILO at 1535m AGL we have a sizeable force of Flight SHADOW, REAPER and RHINO. If AB can move MBTs/MLRS to DOWNLATABAD then FOB KILO is in range. We also have USSF TF PHANTOM working with UKSF TF 142 who have an OP on JIROFT AIRBASE, BD has MI-24 and MI-8, so we need cut off his life line! The OP is reporting that refueller bowsers and ISO containers have recently arrived so these assets are working up to be operational

OH-SHADOW flight are to establish OPs on the objective SHADOW will lase primary targets which will be GUARD BARRACKS. SHADOW will then lase priority targets for REAPER flight.

REAPER flight are to destroy GUARD BARRACKS and the HIND-24 gunship at the STRONGHOLD. There may be a requirement to neutralise any Enemy Armour that could be traveling to DOWLATABAD. JTAC C/S HAMMER will advise. REAPER flight will provide over watch and destroy the installation and enemy OPFOR.

Once STRONGHOLD is ICE RHINO flight will land SEAL Team TF PHANTOM to find, fix and neutralize AB. RHINO will also stand off and provide CSAR and any POW/equipment transport back to KILO.

AMC - Will coordinate throughout the mission.

SHADOW flight are to establish OPs on the objective once they are in they stay put there is going to be a lot of traffic we don’t need  a fratricide incident plus AB has SA341 variants we don’t want a blue-on-blue. SHADOW will lase primary targets which will be GUARD BARRACKS that tower has to be destroyed. SHADOW will then lase priority targets for REAPER flight. Further tasking for SHADOW are to observe and report on reinforcement convoy of materials purchased through arms deal.

REAPER flight are going to be wheels up in a racing pattern waiting to be called in the GUARD BARRACKS has to be destroyed and the HIND-24 gunship at the STRONGHOLD. There may be a requirement to neutraliZe any Enemy Armour that could be travelling to DOWLATABAD. JTAC C/S HAMMER will advise and coordinate through SHADOW. REAPER flight will provide over watch and destroy the installation and enemy OPFOR.

RHINO flight we have a Presidential kill order so UH-1 will land SEAL Team TF PHANTOM to find, fix and neutraliZe AB, on confirmation of ICE which will be given by SHADOW. SO HLS locations need to be identified we have a LPC on loan from UKSF to assist.

Acknowledge Once OBJ is ICE C/S RHINO will insert TF PHANTOM to execute kill order, recover body and dump out at sea we can’t have a grave for all of BDs network of terrorists to mourn over!

SO2 Targets is identifying payloads for the threat packages

Please login to register for this mission